I know that I am very late providing my “weekly” update. Bare with me as I attempt to give a recap of the past month. February has been probably the busiest shortest month of my life. Instead of boring you to death with an essay, I will try to keep the words to a minimum and let my pictures tell the story.

Everyone who knows me knows that my one goal going to Australia was to master surfing. After two days of rigorous practice and millions of wipeouts, I was finally able to stand up. Now I that I know the basics I just have to find time to practice.

Check out this video made by the Surf Camp company of the weekend. I make a small cameo at 1:08 and you can see a snippet of my surfing skills at 3:00 minutes. 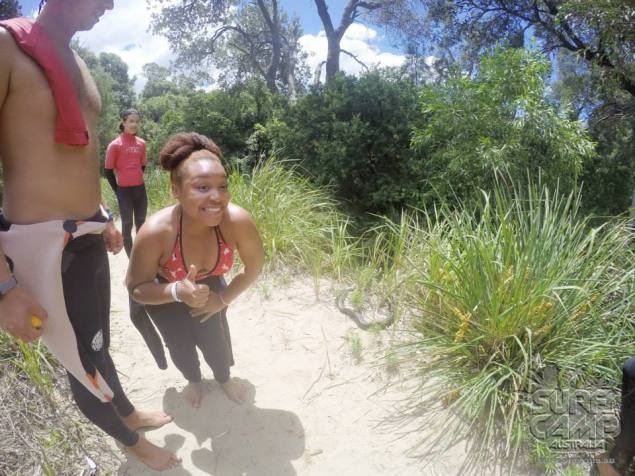 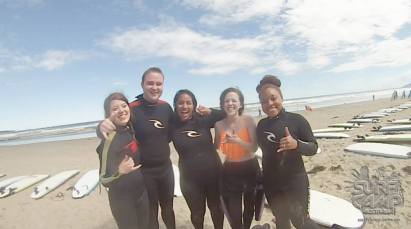 I usually do not go into great detail on here about my Sydney night life adventures. However, this night is one for the books not because it got crazy, but because it was probably one of the most embarrassing nights of my life. Here goes. A couple friends and I heard about a dance hall and reggae DJ that was on tour from New York visiting Sydney. Therefore we traveled all the way to the middle of no where to attend the club. Once we got inside, a promoter kept mentioning a dance contest. She kept trying to lead us to the sign up sheet. After ditching her, my friends and I cased the scene and thought to ourselves “Most of these people don’t have any rhythm. We definitely have this competition in the bag!“

Before I go any further let me just say, being in Sydney has caused my ego to expand. I am not the best dancer in the world, but every where I go everyone mentions that I am such a great dancer.

After dancing on the dance floor for a few minutes, the host of the competition appeared. She thanked everyone for attending and said, “Alright, let’s bring the ladies out!” All of these women in well planned outfits that one sees on dancers in movies like Step Up came out of nowhere. As I watched the first girl perform, I realized that I had made a terrible mistake. These girls had choreographed dancehall routines, danced as if they were fresh off a boat from the Caribbean. At this moment my friends and I looked at each other in disbelief as we contemplated how we could weasel our way off the contestant list.

After picking up my bottom jaw off the floor, my friend and I decided that we would go down with dignity. We figured we would be more comfortable if we were able to perform together on stage, so we could have the moral support. Therefore we asked the host if we could dance together. We were both excited about not having to do it alone until we heard the host say “Alright ladies and gentlemen! We have something special for you next. We have two girls by the name of Jade and Tyler, who are going to shut down the stage!” Not only did the host hype us up as if we were about to perform a choreographed duo, but she raised the bar of everyone’s expectations even higher.

We got on stage nervously looked at each other, as we quickly contemplated what our first eight count would consist of. Once the music started, I pretended like I was doing a presentation and forced the butterflies out to exude confidence. Fake it until you make it right? We looked at each other for cues in attempt to do similar dance moves. It was the longest minute of dancing of my life. Once it was over, I was ready to run off the stage. All in all it was a good crowd, so they hyped us up. They even gave us pity pats on the back for having the courage to go through with it. My guy friend that was with us even made it to the final round!

We did not know what we were competing for when we signed up. Apparently we were in a national dancehall competition. Not many people can say they have done that! If we had won (as if!), we would have been required to attend the next round representing Sydney in Melbourne. In case you were wondering, yes there is video footage of the catastrophe, but I seem to have misplaced the file…whoops! I will never forget that night for the rest of my life.

We got to the top of a tower overlooking the city and had a photo-shoot, while we were there.

My peers and I took a four day trip to Melbourne as part of a field trip for the program. It was an hour flight. The city reminded me of Boston with its’ historical buildings and culture. I was able to visit the Immigration museum, take tennis lessons at the Australia Open, and take the Great Ocean Rd tour which took us to a rainforest and many other beautiful sights. Below are pictures from my explorations.

Since I have posted photos of the beach in almost every single one of my posts, I have decided to continue the tradition with these.

Some of my peers and I signed up to go to Nelson Bay this past weekend. While there we fed sharks and rays, went dolphin watching, beer and wine tasting, camel riding, and sand dune boarding.

Now you are all caught up on my life abroad. This week I have two papers, one presentation, and two finals. Afterwards, I will be able to get away from the books for a while by going to New Zealand for spring break. Therefore I will probably not be posting for a couple of weeks. If you would like to get a more close and personal experience, feel free to follow my friend Brandon’s Youtube channel. He updates it daily, and I’m in majority of his videos. Also, he’s a pretty funny host! Here’s the link: https://www.youtube.com/channel/UCr2WZphJPxykrZa7d2G3WhA

Thank you for reading and following my journey abroad. Love you guys!